If you have an Android mobile phone, you probably already use the lock screen functionality that makes you enter an unlock code or draw an unlock pattern each time you want to use the phone. If you don't, you should. Otherwise, contact details or personal messages can be stolen within seconds, if you leave your mobile unattended. Other people may also make long distance calls or send unwanted messages to your contacts.

Android offers the functionality to unlock your mobile by drawing a pattern on the touch screen. This is generally faster than typing an unlock code again and again. Connect the dots shown on the screen in the correct order to draw your pre-defined pattern and you are done. 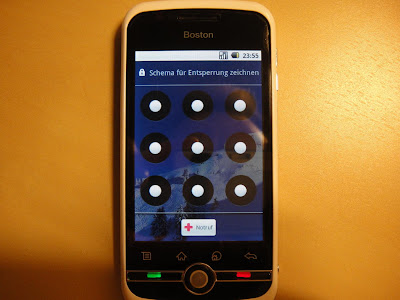 On the other side, using a touch screen always leaves some traces of your fingers. If you do not use your mobile extensively after the unlock (and thereby blurring your traces), attackers may be able to reconstruct your unlock pattern.

Even though taking photos of the finger traces did not lead to satisfying results, you generally get the idea: tilt the mobile against your next best source of light and see what you can reconstruct. Click on the photos to enlarge them. 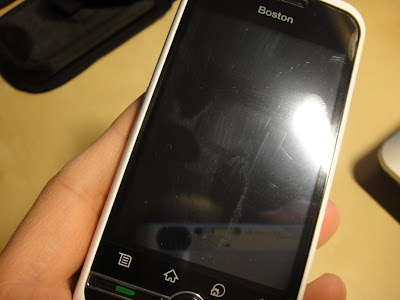 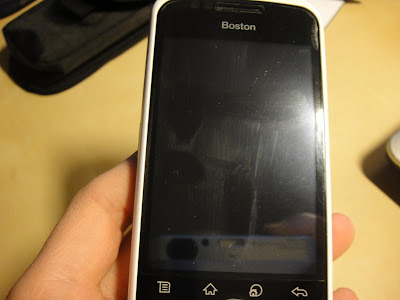 But keep in mind: using the Android lock screen with a draw pattern instead of an unlock code is still way better than using no lock functionality at all.
Posted by churchy at 11:16 AM